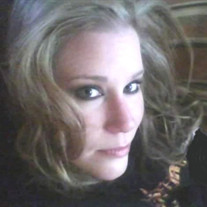 Stephanie Ann Zannella, 46, of Woonsocket, passed away on Friday, March 18, 2022, at Landmark Medical Center. She was the beloved daughter of her devoted parents, Ralph O. Zannella and Grace M. (Colannino) Zannella of North Providence. Besides her parents, Stephanie is survived by her loving sister, Cristin Zannella, of Upton, MA, and her husband, Rand Refrigeri. She was also the adored niece of Anne Colannino, of Johnston. Stephanie had been an avid reader since the age of five, when she began reading the newspaper, reading music and playing the piano, which had been taught to her by her father. Among her favorite reading material was the Harry Potter series. In addition to these interests, she also was a devout fan of the Boston Red Sox and the New England Patriots. After graduating from North Providence High School, Stephanie furthered her education at The Community College of Rhode Island, after which time she served in several nursing facilities in RI, but for the longest duration at Seven Hills Foundation. In 2016, she became Residential Program Manager at Bamsi, a residential human services provider in Sharon, MA. As a spirited young woman, Stephanie had many challenges. She faced one of them, as a survivor of the 2003 Station Fire, by participating in numerous fundraising activities, over the years, to help those injured, the families of those lost in the fire, and toward making the Station Memorial Park a reality. Along with her family, Stephanie leaves, to cherish her memory, her close, longtime friend for over thirty years, Brian Marks. She also leaves her loving partner of six years, Kevin Trainor. Stephanie will be deeply missed by her many friends, colleagues and residents, about and for whom she cared deeply. Funeral services and burial will be private. In lieu of flowers, donations can be made to Joslin Diabetes Center (visit https://www.joslin.org/donate or mail to: Joslin Diabetes Center, One Joslin Place, Suite 745, Boston, MA 02215).

Stephanie Ann Zannella, 46, of Woonsocket, passed away on Friday, March 18, 2022, at Landmark Medical Center. She was the beloved daughter of her devoted parents, Ralph O. Zannella and Grace M. (Colannino) Zannella of North Providence. Besides... View Obituary & Service Information

The family of Stephanie A. Zannella created this Life Tributes page to make it easy to share your memories.

Stephanie Ann Zannella, 46, of Woonsocket, passed away on Friday,...

Send flowers to the Zannella family.