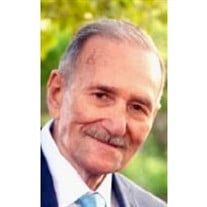 Razmik Martirossian was a legend. Born in Yerevan, Armenia, in 1933. He learned the sweet highs and the bitter lows of life at a young age. His father died on the Soviet front lines of World War II. Raz's mother, Arous, sent him to apprentice under the tutelage of an old family friend who was a tool maker and welder. There the die was cast; Raz started working at the age of 9 and never stopped. His innately mechanical and curious mind worked magic with metals in every direction, on every project. He worked in that same factory for over 30 years, a job which took him all throughout the former Soviet Union. He earned a highly respected place and title among the best welders and tool makers in the USSR. His unending thirst for life led him to become a skilled clarinet player, as well as a competitive ballroom dancer, and champion boxer. In fact, he was chosen for the National Armenian Boxing Team in 1956 as his skills were of Olympic level. At the age of 18, Razmik fell in love with beautiful Kristina. As all fairytale love stories go, they eloped in secret, and were lovingly and devoutly married to each other for 65 years. The joys of his entire life were his four children Karine, Gaiane, Arousiak, and Avak. Most importantly, he had an equal yet unique relationship with each treasured child. Tireless in his devotion and love for them, they wanted for nothing, despite living under the intensity and difficulty of the Soviet Regime, where many things were often scarce and hard to come by. With his hunting and fishing skills, Raz was always able to put fresh food on the table. And aside from food, he worked the system to give his family the best of everything. Raz never missed a chance to teach his children life lessons and take them on family adventures and vacations, most cherished of which were their summers spent at the Black Sea. As the political climate in the Soviet Union worsened and became untenable, Razmik sought freedom and opportunity for his family in the United States. After 4 years of preparing and waiting, and paying a fortune to officials, their dream became reality. At 45, Raz and his family arrived in Rhode Island. Within days, Razmik took his welding skills to the Damiano Brothers and then Rhode Island Welding. In his later life, he worked at The Village Goldsmith, his son's business, until he retired at age 84. At The Village Goldsmith, Raz adapted his metallurgical magic to the smaller scale needed in jewelry making. During these working years, he built two homes where he continued to shelter his children and beloved grandchildren. Raz was always where the people and the music were. Always dancing, laughing, telling jokes, and he was the ultimate prankster. He was a man for all seasons, one who lived with gusto, and lived well; he did it all and was there for everyone. What matters most about Raz, though, is that he made his mark, he made a difference, and he will be remembered always - with smiles and wonderment. If the measure of a man is how much he loved and was loved, then Raz was a giant amongst men.

Razmik Martirossian was a legend. Born in Yerevan, Armenia, in 1933. He learned the sweet highs and the bitter lows of life at a young age. His father died on the Soviet front lines of World War II. Raz's mother, Arous, sent him to apprentice... View Obituary & Service Information

The family of Razmik Martirossian created this Life Tributes page to make it easy to share your memories.

Razmik Martirossian was a legend. Born in Yerevan, Armenia, in...

Send flowers to the Martirossian family.