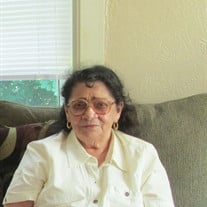 Lydia A. Sweeney, 84, passed away peacefully on Saturday, December 24, 2022 at Golden Crest Nursing Centre, North Providence. She was the wife of the late John Sweeney. Born in Providence, the daughter of the late Nicholas and Maria "Josie" Pugliese DeFusco Silvestro.

Mrs. Sweeney was a jewelry worker for many years before retiring.

Lydia was the mother of John F. Sweeney and Lori Sweeney; sister of Richard Silvestro; grandmother of Amanda Sweeney. She was the sister of the late Delores Carnegis, Norma Calderone and Nicholas Silvestro.
.
Her funeral and burial will be private. Visiting hours are respectfully omitted.
To order memorial trees or send flowers to the family in memory of Lydia A. Sweeney, please visit our flower store.