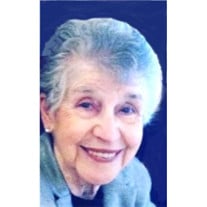 Florence P. Silva (Palombo), 92, of North Providence, passed away Wednesday December 9, 2020 at Heritage Hills Nursing Center. She was the beloved wife of the late Elizeu Joseph Silva. Born in North Providence, she was the daughter of the late Americo and Angelina (DiStefano) Palombo. Florence was a teacher at LaPerche Elementary School in Smithfield for over 20 years. A graduate of RISD, she worked as a pattern designer, map maker and seamstress. She enjoyed skiing, tennis, playing Bridge and traveling around the world with her husband. She is survived by her daughter, Lisa Zanecchia; a son, Robert Silva and his wife Erika; a son-in-law, Paul Zanecchia, five grandchildren, a great-granddaughter and many nieces and nephews whom she adored. She was the sister of the late Americo, Angelo, Nicholas, Albert and John Palombo, Margaret Christopher, Mary Falchini and Edith Bucci. Due to Covid restrictions, her funeral and burial will be private. A Memorial Service will be held at a later date. Donations in Florence's memory may be made to Heritage Hills Nursing Center, 80 Douglas Pike, Smithfield, RI 02917.

The family of Florence P. Silva created this Life Tributes page to make it easy to share your memories.

Send flowers to the Silva family.