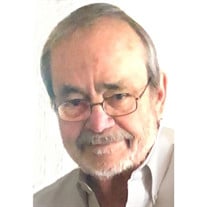 Angelo J. Tartaglione, "Tony", 72, of North Providence, passed away peacefully at home on Sunday, October 6, 2019 after a brief unexpected illness. Angelo was the husband of Mary (Kimatian) for 49 years. Born in Providence, Rhode Island on March 8, 1947, he was the son of the late Paul and Antonetta (Grieco) Tartaglione. Angelo was a graduate of Classical High School, and a graduate of Providence College where he earned a Bachelor's Degree in Accounting and was commissioned a 2nd Lieutenant in the US Army. As an Infantry officer, Angelo served proudly with honor in Viet Nam in 1971 with the 101st Airborne Division. On returning home, Angelo joined the finance staff of St. Joseph Hospital-Our Lady of Fatima Unit in North Providence. In addition to becoming a Certified Public Accountant, Angelo later earned a Master of Science in Taxation from Bryant College. After leaving Our Lady of Fatima, during a lengthy and successful accounting and finance career in both Rhode Island and Massachusetts, Angelo further developed his professional competencies working at Boston City Hospital and at the Boston Medical Center as their Budget Director. He assumed the functions of Vice President-Finance at Franciscan Children's Hospital and Chief Financial Officer at Jewish Memorial Hospital also in Boston. Angelo returned home to Rhode Island becoming Chief Financial Officer, and later Executive Director, of Newport's James L. Maher Center before semi-retiring in 2012. Angelo was the recipient of several awards for his service and recognized for his passion and his professionalism. As founder of Angelo J. Tartaglione, CPA, LLC, he began and grew a new public accounting firm located in Cranston serving both individual and corporate clients in surrounding communities. He was a fellow of the American Institute of Certified Public Accountants, the Rhode Island Society of CPAs, the Rhode Island Association of Public Accountants and the New England Peer Review. Besides his wife, Mary, Angelo is survived by his son Paul and his wife Tracy of Leesburg, VA. Angelo was blessed with three grandchildren, Michael, Paige and Matthew, "Papa" loved dearly, and whom he was so proud and that he cherished so much. He is also survived by his brother Nicholas of Providence and several nieces. The funeral will be held on Thursday, October 10, 2019 at 9 AM from the Maceroni Funeral Home, 1381 Smith St., North Providence, followed by a Mass of Christian Burial at 10 AM in St. Augustine Church, 639 Mt. Pleasant Ave, Providence. Burial with Military Honors will be in the Rhode Island Veterans' Cemetery, Exeter. Visiting hours are Wednesday from 4 - 7 PM. In lieu of flowers, memorial contributions may be made to the charity of your choice.

Angelo J. Tartaglione, "Tony", 72, of North Providence, passed away peacefully at home on Sunday, October 6, 2019 after a brief unexpected illness. Angelo was the husband of Mary (Kimatian) for 49 years. Born in Providence, Rhode Island on March... View Obituary & Service Information

The family of Angelo J. Tartaglione created this Life Tributes page to make it easy to share your memories.

Send flowers to the Tartaglione family.